A Man of Many Hats

Students explore hats from around the world at Lewis and Clark Elementary School in Missoula.

A self-proclaimed “man of many hats,” Udo Fluck lives up to that title both literally and metaphorically. Nestled in a corner of the University of Montana’s International Center, Fluck’s office boasts just a few of the many hats he uses to teach young students about different cultures. His other “hats” come in the form of his ever-shifting role as director of UM’s Global Gateway program.

Global Gateway is part of UM’s Office of International Programs and works to instill global competence and cultural awareness in the community, at the University level, and in Missoula’s K-12 schools. The pilot program for the K-12 branch began in spring 2014, with Fluck providing more than fifty seminars on global competence, twenty of which were given at three local schools.

The definition of global competence is broad, but essentially it boils down to the skill set that a modern person needs to participate in the world on a global scale. Though global competence is taught often at the university level, Fluck wanted to integrate the idea into the curriculum of younger students as well.

“Why would you delay something that will give you an advantage in the global job market?” Fluck asks. “If you can start it in the first grade, why would you wait until the freshman year of college?”

Born in Wiesbaden, Germany, Fluck enrolled as an international student in UM’s broadcast journalism program in 1989, compelled by a growing interest in media and television. Through his doctoral research at UM, he developed an approach that has been shown to reduce ethnocentricity in students. He shared this research with the University in 2003, and then was prompted to develop seminars and semesterlong classes in global competence—thus, the idea for his program was born.

However, keeping up with growing participation this fall has proven a challenge for Fluck. Since the inception of the program in the spring, the number of participating schools has doubled and the amount of seminar requests from schools has risen to over 100, greatly increasing Fluck’s workload.

“As it always is with things like this, you realize you’ve created a monster. A good monster! A nice monster to have, but nevertheless a monster in its size and in its magnitude,” says Fluck. “That has pretty much been my focus, to not turn anybody down if they have a request. The problem is, unlike many other departments or programs where there are multiple people working—a coordinator and then several faculty members that actually go and do these things—I’m a one-man show.”

This “one-man show” requires Fluck to direct the program, as well as research and develop seminars tailored to each age group and each individual class’s learning goals. He has also had to develop a unique way of engaging younger students in the ideas of global competence, which is where his hats come into play.

“It’s not so much the content as it is the vehicle that you use to deliver the content,” Fluck says. “There’s something interesting about hats from around the world because they really tell you a lot about another culture.”

Fluck says the inspiration to use hats as a way of teaching global competence came from his two young children and the questions they would ask about the various cultural hats sitting on the shelves in his office. The idea expanded, and Fluck quickly realized he would need access to many more hats than he actually owned in order to make the program viable. UM’s School of Theatre and Dance provided the perfect solution.

“I called the costume shop, and I said, ‘I have this idea of teaching global competence with hats. Here’s my problem: I only have five. I would like to think that you have a lot more, can I borrow them?’”

“When I’m done with the segment of doing global competence through hats, I usually do three or four sessions of global competence through music,” he says. “You bring in instruments from around the world, you bring in the Kalimba—the African finger piano—and it’s a very unique sound that you only hear in African countries. And you use that as a way to teach kids about differences in music.”

Fluck’s idea of instilling global competence and cultural awareness within young children transcends the benefits those children receive when they eventually enter the job market—it may actually be able to help shape a better, more peaceful world.

“Really, the idea is that you reduce the fear of the other and the unknown in the process,” says Fluck. “If you look at what this really accomplishes, I don’t know if the kid will actually remember a year from now a specific detail about a foreign culture. But what doesn’t change is that if you know more about foreign cultures and why they are so different, then you realize that they aren’t anything that you should fear.

“The more that we can reduce this early on, in those elementary classes, that you shouldn’t fear the other, but you should embrace the other, I think the more we’re moving toward less prejudice, less ethnocentrism, and to some degree—and this sounds like the end of any good beauty pageant—world peace.” 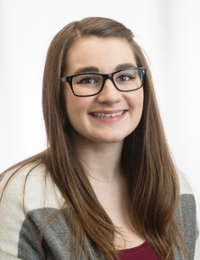