Shannon Schweyen made a name for herself as the best player in Lady Griz history. Now she can make history again as coach of the perennial Big Sky Conference power.

Two weeks after Coach Robin Selvig announced his retirement after 38 seasons, UM Director of Athletics Kent Haslam tabbed Schweyen, who as Shannon Cate was a dominant player at UM from 1988 to 1992, as the next Lady Griz head coach.

“I mentioned (at Selvig’s retirement press conference) that I’d be a fool not to look at Shannon as a strong candidate for the job,” Haslam says. “She was right at the top of the list as we moved to replace Robin. She did an excellent job of sharing her vision. She is ready for the job.”

Schweyen scored 2,172 career points for Montana and had her No. 21 jersey retired. She gave professional ball a try, but after the shoulder injuries that plagued her senior year continued, she returned to Missoula as Selvig’s graduate assistant.

Schweyen has stayed 24 years, raising a family while remaining a fixture at Dahlberg Arena.

“My daughters have grown up here,” says Schweyen, whose husband, Brian, is UM’s head track and field coach. “They learned how to ride their bikes on campus. They grew up hiking the M and wandering the hallways. This is home to them and to all of us.”

It started when Schweyen was a highly recruited standout at Billings Central. She made a visit to Kentucky, watched Rex Chapman play in a raucous Rupp Arena, and then the next night saw the Lady Wildcats play in a different – and mostly empty – venue.

Hawaii was a Top-25 program at the time and, let’s face it, it’s Hawaii, but Selvig’s visit in the spring of 1988 made the difference. He popped in a tape of Montana’s last game, an NCAA Tournament home battle against Stanford played in front of a packed house.

As a player, her teams won 103 games. With her on staff, the Lady Griz won 531 more. It’s hard to imagine Montana not being anything but successful with Schweyen at the helm.

“We’re not taking over something that’s been broken. This has been a winning tradition,” she says. “Obviously this is a dream job. I feel fortunate I’ve been given the chance to carry on the amazing things Rob did here and continue the tradition he established over the last 38 years.”

The Book on Shannon Schweyen 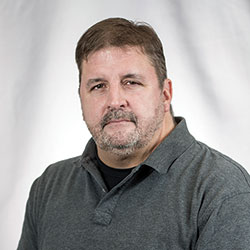