Today, more than 23 gardeners ensure over 300 species of native flora blossom and thrive in the areas designated as their habitat.

A particular plot on campus has proven to be a perennial success.

The Lackschewitz-Preece Montana Native Botanic Garden, named for its founders, has managed to flower 50 years after its initial planting in 1966. Now, more than 300 native species of flora surround UM’s Natural Sciences annex and greenhouse.

Interest in native plants and sustainable gardening is abundant these days, but that wasn’t the case in the 1960s when the idea for the garden sprouted.

Expansive lawns of Kentucky bluegrass with systematically spaced maple and oak trees dominated campus’s landscaping at that time. UM botanist and horticulturist Klaus Lackschewitz and botany chair Sherman Preece, however, envisioned a different environment for their students: a garden cultivating only native species to serve as a hands-on teaching tool.

“We’re one of the first native gardens in the West and maybe the first,” says Kelly Chadwick, University Center gardens manager and native plant garden volunteer. “It was ahead of its time.”

“If you look at Montana, I mean, it’s diverse in its landscape,” volunteer coordinator Alice Okon says. “You’ve got plains. You’ve got mountains. You have prairies. You’ve got wetlands. All of that is represented with our interpretation of it at this garden.”

With an appropriate environment, one might assume these hearty breeds basically grow themselves.

The truth is very, very quite contrary. So how do these gardens grow?

With volunteers who, through the years, weed and prune and sow.

After Lackschewitz retired in 1976, non-native species crept into the flowerbeds and began to take over. It wasn’t until 1989 that two friends of Lackschewitz – Jean Parker and Jean Pfeiffer – decided to rescue the garden.

As members of the Clark Fork Chapter of the Native Plant Society, Parker and Pfeiffer  learned a lot from Lackschewitz on frequent trips into alpine areas across the state to gather native species. They dedicated themselves to restoring the garden to his original vision.

“With them all being friends and respecting him so much, they all shared that interest and love of the garden,” Chadwick says. “I think that’s created the heart of this garden.”

The group has organized the gardening effort the past quarter-century, and many of the 23 volunteers have dedicated themselves to the effort for a good portion of those years.

“Even before I was involved, I always admired these gardens and was interested in them,” Chadwick says, “and then I met the people. The volunteers are such intelligent, reliable, caring and interesting people. So the people have locked me in.”

In addition to Chadwick and Okon, the list of longest-serving volunteers includes Pfeiffer; Lackschewitz’ neighbor, Chinwon Reinhardt, who also has fond memories of learning about plants from Lackschewitz; Peter Stickney, a retired U.S. Forest Service postfire forest succession research ecologist; Lois Puckett, a volunteer since 1991; and Sheila Morrison, author of “The Magic of Montana Native Plants: A Gardeners Guide to Growing over 150 Species from Seed.” 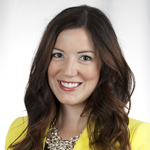