Holly Andres, a photographer from Missoula, Montana, says she once had a vivid experience in which​ she could recall a memory from her childhood, both the feeling she had in the moment and as a spectator looking in.

Afterward, she re-enacted the memory for a photograph, with a cast of amateur models and an intricate sense of costumes, lighting and set design. She crafted it with a sense of nostalgia, ambiguity and mystery. Rather than seeking out a moment to shoot, she cultivated one. She said she thinks of herself as “more of a farmer than a hunter,” to quote one of her influences, photographer Jeff Wall. She thinks about the pictures like an art installation: She would find a house to shoot in, create storyboards and decorate to an extreme degree.

“Oftentimes, I would paint the walls or design the wallpapers on my computer and print it out and hang it,” she says.

The stylized photographic sensibility she pursued after that first experience has eventually enabled Andres, now 39 and a resident of Portland, Oregon, to develop parallel careers in both fine art photography and freelance editorial work without truly changing her signature style.

“Rather than approaching it in a more journalistic way, I try to craft an image and then document it,” she says.

This past summer, New York magazine hired Andres for its fall fashion portfolio. Rather than confine the shoot to a coastal center, they sent her and an assistant on a cross-country roadtrip to photograph everyday women – nurses, bus drivers, teachers, managers and waitresses – in premier designer wear.

Andres said it was a “life-transforming” experience that required them to scout locations and cast on the fly while driving seven to 12 hours every other day.

Nevertheless, she didn’t alter her style.

​“I thought of them as characters in costumes on location,” she says. “If there was a film that was made in Santa Fe, what would that film look like?”

She created reference boards for each city to share with the costumer. Her ideas for Santa Fe were filled with regional references like painters Georgia O’Keeffe and Frida Kahlo, the desert landscape and surrealist films. They photographed a student named Zoe Castro in a Madison Avenue boutique dress walking barefoot across an alabaster rock face. Like all the pictures, an accompanying text describes the subject’s life in her home state and the push-and-pull of escape and acceptance.​

That first picture​ Andres shot, seeded through a memory,​ was part of a series of eight images called “Stories from a Short Street” she displayed in Portland in 2007.

It wouldn’t be far off to compare it to a first novel that casts a veil of fiction over an artist’s formative years. The series depicts seemingly pivotal moments in the life of a sprawling family much like her own.

That first image recalls a moment at the dining room table, when her sister was giving her a home perm and found a single louse, an experience Andres remembers as anxiety-ridden. The recollection came years later, when she was going through hypnotherapy to ease anxiety about an upcoming trip.

“I could smell the perm solution mixed with the potatoes and gravy, and I could feel the light shining on my face, and I could feel my little fingers on the vinyl tablecloth,” she says. While reliving the memory, she thought about how interesting it and other experiences from her unique childhood would be recast as photographs.

Other memories emerged for the pictures, like wide-eyed children, arranged in a painting-like tableau, discovering a litter of kittens the family cat hid in the attic. In another, a boy sits alone watching the TV surrounded by pitch-perfect decor.

Her parents came to Montana from Minnesota, where they both grew up on farms. They wanted to own one themselves, but the cost was too steep. Terry worked as a carpet installer, and Irene was a nurse.

They found a practical alternative to a commercial farm – a self-sustaining three-acre plot at the end of dirt road called Short Street near the Clark Fork River.

It was enough space to let their kids raise every kind of animal you can imagine for 4-H and FFA: chickens, cows, lambs, pigs, rabbits, sheep and more, although not all at the same time. They kept a garden for fruit and vegetables.​

Andres is the youngest by a decade. Her siblings were nurturing. Irene had to go back to work when Andres was in the fourth grade, and in many ways the oldest children helped raise one another.

The rural upbringing felt like a private “wilderness wonderland,” Andres says. They had the freedom to go dip in a swimming hole on the river near the house and dive off the train trestle.

The kids all had creative instincts, and art was hers.

“I cannot really remember when that was not a part of my identity,” she says.

As her sister Nikki recalls, when Holly was 5 years old they were getting ready to head to the fair when Holly dropped her drawing for the kids’ competition into a mud puddle. Their mother gave her crayons and a pencil and told her to make a new picture on the drive there. She sketched a bird sitting on the back of an elephant’s backside, Nikki says. The bird was looking one way, the pachyderm’s tail was swaying in another. She won first place.

Andres says she looked up to her older sisters, who had “an important role in her education as a woman.” The two-story family house had only two bathrooms, so in the morning the girls would fan out to their bedroom vanities to engage in “expensive and exhaustive beauty rituals.” She thought of her sisters as “fashion icons” and her outdoorsmen brothers as “great hunter”​ types.​ All of those archetypes ended up in the photographs for “Short Street” and her later work.

Their parents were supportive of their interests, with a caveat. By middle school, they had to pay for their own school clothes.

“Hard work was always an incredible value in our family,” Nikki says. “‘You want it? You can have it. It’s yours. It’s going to take some work.’”

Art school was no different. On a full-tuition scholarship, Andres moved to Washington to attend the Art Institute of Seattle in 1996, when the city was flush with the cache of the grunge movement.

She decided to pursue interior architecture, inspired in part by the family’s pragmatism and her older brother’s architecture studies. Practical considerations don’t equal passion, and she didn’t find the field rewarding but continued on because of the scholarship.

She didn’t complete the program. Her mother, who had been diagnosed with Lou Gehrig’s disease, was quickly deteriorating in health. Andres decided to return home in the summer of 1998 to be closer to her family. Irene died the next spring at age 56.

Andres enrolled at UM in spring semester 1999. She said she was primed for the “ideas and the complexity of thought and the energy in the classroom.”

“That was the first time in my life that I truly comprehended the power of art to not only be the vehicle for self-expression but social change,” she says. In her fine art, Andres mines self-discovery and empowerment. More recent photographs portrayed President Donald Trump as an invader in a private bedroom.

In her editorial work, she’s donated to causes. She shot portraits of the DACA dreamers and animals for rescue nonprofits.

Elizabeth Dove, one of her professors at UM, says Andres was “fearless” and “poetic” and already thinking about art on a more sophisticated level than her peers.

The year before graduating, Andres traveled to Paris with her sister. She had never been to a major museum in Los Angeles or New York before, and the visit to the Centre Pompidou, one of the world’s flagship contemporary art museums, was revelatory. She noticed that she was drawn more to large-format color photography and video and film work than the paintings or sculptures.

Upon returning, she bought a video camera. While UM didn’t have dedicated courses for those mediums at the time, she pursued them anyway, teaching herself to edit footage on Adobe Premiere on a computer in the Social Science Building.

She also picked up a 35 mm camera from her now-former husband, who taught her some of the basics. ​

Dove remembers her making art about her mother’s death in a candid and risky way.​

“She carried her deceased mother’s wedding dress around with her and used it as a way to meet strangers. She would talk about her mom and ask to take a photograph of the person with her mom’s dress,” Dove says. Andres even took a subject she met at the Oxford Saloon down to the Clark Fork River for a portrait.​

She went straight from UM in 2004 to graduate school at Portland State University, where she focused on photography over painting. Afterward, she interned at the Northwestern Film Center so she could take classes on film.

After her first showing of “Stories from a Short Street,” the now-defunct gallery in Portland offered Andres a full year to create follow-up series for a solo exhibition.

The resulting work, “Sparrow Lane,” casts young women in moments of discovery that conflated the innocence of Nancy Drew mysteries with female adolescent awakening, through a painter’s eye.     “The way I look through a camera is very much the way that a painter looks at a canvas when they’re composing,” she says.

The exhibition was reviewed by international magazines such as Art in America and ArtForum. The Robert Mann Gallery displayed the work, which led to further gallery representation in San Francisco and Los Angeles.

To support herself, Andres taught as an adjunct. In 2011, she was passed over for a tenured faculty position. Feeling like she needed to pursue options outside of teaching, she made appointments with photo editors in New York to coincide with an exhibition. Because she had an art portfolio at established galleries, she was able to get meetings.

“Within two weeks I was flying back to New York for a weeklong project for The New York Times, and that was my first paid gig. And you know, it’s just been one thing after another,” she says.

Jacqueline Bates, the photo editor for The California Sunday Magazine, recently completed a project with Andres for a special issue on the lives of modern teenagers.

“Andres is so talented at finding locations and at prop styling,” Bates says. “It is rare for photographers to be able to put on both of those hats in addition to making a compelling image.”

They had assigned articles on aspects of each part of their long days. To signal a switch in time between these sections, they hired Andres to shoot still lifes for the morning, afternoon and evening. As an example, she arranged a darkened, empty bed, lit by a lamp showing a plugged-in phone for the morning. It looks distinctly like her own work while blending with the project.

Looking over Andres’ career, her former professor says she “doesn’t bend and contort herself to provide a one-size-fits-all professional photographer’s toolkit. I believe Holly could do any style of photography.

“She has the skills and the aptitude, but what she has managed to develop and protect is her vision.” 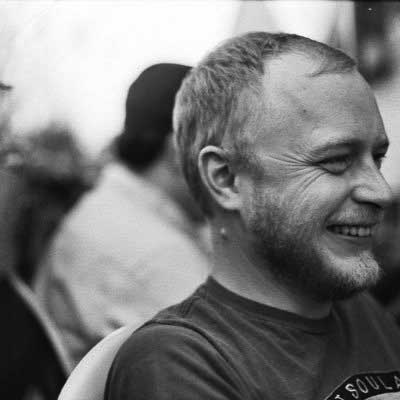 Cory Walsh was born in Fairbanks, Alaska. He graduated from the University of Montana School of Journalism in 2005 and currently is arts editor at the Missoulian.
comments powered by Disqus